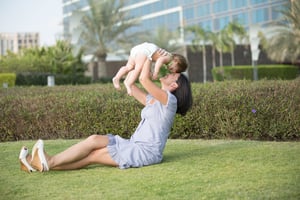 Are you thinking about becoming an adoptive parent?

Many single people do not even realize that becoming an adoptive parent is an option for them. The truth is, single adults successfully adopt children thousands of times every year. Adoption by singles is seen from coast to coast all over the United States. It is much more common than you might realize. In fact, about 33% of all children adopted from the foster care system and 25% of adoptive children with special needs find a permanent home with a single adoptive parent. Over the last several years, the general trend has been toward more frequent adoption for both single women and single men.

Is Becoming an Adoptive Parent More Difficult for Singles than Couples?

If you decide that becoming an adoptive parent makes sense, there is plenty of good news.

Not only is single parent adoption on the rise, but becoming a single adoptive parent does not mean going through a different kind of adoption. Even though each state sets its own standards for adoption, singles and couples can expect the same process, the same legal rights and protections, and the same requirements.

Likewise, there are many organizations for adoptive parents that will gladly welcome you if you aspire to adopt as a single person. Government programs that help connect adoptive parents to resources in their community must abide by state anti-discrimination protections which recognize singles and couples as equal by law.

The Biggest Issue Singles Face When Becoming an Adoptive Parent

An adoption agency is an intermediary that facilitates adoptions.

Their main areas of expertise include:

● Participating in the home study process

Private adoption agencies have a great deal of leeway in setting their own policies and procedures, and some of them decline to work with single adoptive parents. Even when state law protects singles from any discrimination in adoption, some agencies might fail to provide the highest quality of service that they possibly could.

That can lead to significant delays that may negatively affect you and your new family.

What is the solution? It is vital to have the right team of trusted professionals on your side to guide you through the adoption process. Comparing adoption agencies carefully before you go forward will help you make the right choice – which will ultimately make adoption simpler, so you can focus on what matters most.

For singles becoming an adoptive parent, an adoption attorney can demystify the issue.

When you connect with an adoption attorney, you have an opportunity to get information about local adoption agencies and other adoption resources in your area. This can help you make those crucial early decisions and get off to a strong start preparing for the rest of your adoption journey. For the advice you need, contact adoption attorney Jennifer Fairfax today.