Known Sperm Donor Agreements; Why Do They Matter? 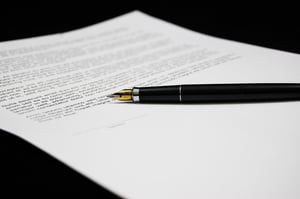 A known sperm donor agreement (“KspDA”) is used when prospective parents want to make an agreement with a person known to them for sperm donation services. Sperm donation helps parents conceive in any case where the male partner is infertile or among same-sex female couples. Thus, one common use for known sperm donors is when a woman with a female partner wants to ensure she is closely biologically related to their future child. A male relative’s sperm may be used with the partner’s egg. Couples may also choose to conceive using a sperm donation from a close family friend.

Although there are often deep and long relationships involved with a known sperm donor, that doesn’t mean you shouldn’t also have legal protection. A known sperm donor agreement helps you ensure your relationship remains close by spelling out the expectations on both sides of the donation.

What Is Included in a Known Sperm Donor Agreement?

The process of donating sperm is less intensive and medically demanding than the process of donating an egg, and certainly less than carrying a child as a surrogate. Still, it is a weighty decision that has life-long repercussions. Donors understand they are making a unique contribution to a family.

With that in mind, a known sperm donor agreement helps settle any questions or confusion before the donation is made. The agreement will specify whether the donor receives reimbursements, whether he’ll be expected to get any kind of medical screening or check-up, and so on.

The prospective parent or parents, on the other hand, generally affirm they will pay any medical costs related to the donation and reimburse him for expenses. In order to maintain viable sperm, they will work with a fertility clinic or sperm bank, which may charge various fees. Naturally, the donor is not responsible for these costs.

Another aspect covered by the known sperm donor agreement is future access and contact. Men have a variety of concerns in this area. Some may wish to be a part of the child’s life. No matter what, it benefits them to have assurances they will not be expected to pay child support or be considered a parent of the child. The known sperm donor agreement may spell out the relationship the donor is invited to have, such as whether the child will be informed about the donor’s role when older. Depending on the laws in a given state, the sperm donor may need to formally waive parental rights so the child can be adopted by the prospective parents. The known sperm donor contract may note that he agrees to do so.

No matter what the relationship was like before, miscommunication can lead to disagreements between the prospective parents and the known sperm donor. With an assisted reproductive law attorney’s help, everyone works together to craft an agreement that’s clear and fair.

These agreements often go through several rounds of revisions as the donor and parents talk about the different issues that might arise. Similar agreements can be drafted for egg donors, surrogate mothers, and other contributors to the family planning process.

In the end, this leads to a more stable future for the child.

Contact FFLO today to find out more or get started.