What Happens if There is a Dispute Over the Terms of the Surrogacy Contract? 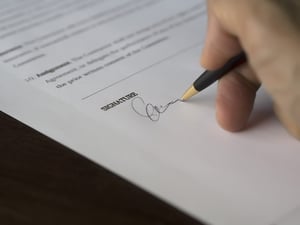 Ever since the infamous case of Baby M. in 1986, both surrogates and those who plan to become the child's legal parents are aware of the potential for contract disputes. At that time, the focus revolved around two questions: Is it legal for a woman to receive monetary compensation for a child she carried in her womb for someone else? And who really is the legal mother?

Since the early 2000s, however, surrogate legal services has gotten more complicated. The introduction of in vitro fertilization, IVF, and the legal and social acceptance of gay marriage has led to other disputes. Questions have been raised, such as: If the surrogate is inseminated via IVF, and the embryo is unrelated to her, are her rights to parentage the same as those of a traditional surrogate? How does the court system determine who the natural mother is during a custody dispute? Are those in same-sex relationships entitled to surrogacy services in order to have a child?

The American Bar Association (ABA) followed with the Model Act Governing Assisted Reproductive Technologies, adopted by the ABA House of Delegates in 2008. Its purpose is to protect the rights of all parties of a surrogacy contract. Expanded on and approved in 2016, it provides a basis for jurisdictions to create laws governing surrogate legal services.

This has led to surrogacy laws differing from one state to another.

Today most courts consider two aspects of the law as it relates to surrogacy contracts. The first is whether or not the contract is unconscionable, meaning it is unfairly one-sided, that one party is favored over the other. The second is something called the Commodification Argument. It purports that reproductive contracts, such as surrogacy contracts, are effectively treating women and children as commodities.

Neither aspect, however, is sufficient reason not to enforce the surrogacy contract.

Before having a surrogacy contract drawn up, there are a wide range of topics to discuss, including individual preferences that may affect fetal development. It is very important that all parties are in full agreement before going forward.

Additionally, the surrogate has the right to make her own decisions about medical care, including the possibility of reducing the number of embryos if multiples are conceived. This subject should also be discussed in advance. There is no sense in going forward if the surrogate and prospective parents disagree on this subject.

Should a dispute over the terms of your surrogacy contract arise, your attorney will act as an intermediary to help you resolve any problems to the satisfaction of all parties.

A surrogacy contract is both complex and individualized, so you need an experienced attorney skilled in surrogate legal services who has your best interests at heart, someone who will explain things to you and answer all of your questions.

Jennifer Fairfax, LLC has 17 years experience in all areas of adoption counsel, including surrogate legal services, and is ready to help you on your journey to surrogacy.