What You Should Know about Birth Fathers’ Rights 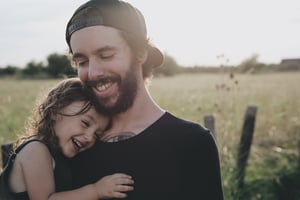 It’s often assumed that when it comes to matters of family planning, fathers have few rights. However, this is not the case. In all U.S. states and territories, the law spells out the rights of a child’s biological father, also called the birth father. This remains true in cases of adoption.

Even if the birth father is separated from the mother and the mother petitions to have a child adopted by a second parent, the court will want to ensure that the father’s rights are respected. This takes place in many states even when the birth father does not know about the child.

That said, the rights of the birth father and precisely how they will be enforced vary from one state to the next. Likewise, even though the court will often act immediately to protect a father’s rights, he must also act on his own behalf if he wishes to participate in the adoption process, or contest the matter.

For specific advice about your situation, you should consult an adoption attorney who understands how it all works in your state or territory. Still, there are some general guidelines that help you know what to expect in case an adoption petition is made that affects your parental rights.

In Cases of Second-Parent Adoption with a Named Birth Father

A court may terminate parental rights in cases of extreme wrongdoing, neglect, abuse, and so on. More commonly, the parent who wishes to pursue second-parent adoption will attempt to negotiate for the other parent to voluntarily waive parental rights. This requires a court hearing.

As a biological father, you are never required to waive your parental rights. However, the court may find it is in the child’s best interest to terminate those rights based on a number of factors. A determination is based on involvement in the child’s life, support of the mother during her pregnancy, ability to provide a safe, stable home, having steady employment, prompt payment of any court-ordered support, and more.

If the Birth Father Is Unknown

States and territories vary significantly in what’s required when the birth father is unknown. It may fall to the mother to make a good faith effort to identify the father. If she cannot locate him, notice may be done through public notification of the intention to have the child adopted, typically done in a local newspaper.

If the birth father remains unknown and no one comes forward, then the adoption is often allowed to proceed after a waiting period. Courts may mandate three months, six months, or more for the father to step forward.

There are certainly families in which the male partner or husband is not the biological father and is not aware of the fact. However, a court will not usually terminate parental rights on this basis alone. If the male parent is involved in providing care and support for the child and has held himself out as parent with the consent of the mother, he’ll be able to argue in favor of his rights.

Likewise, claims of parentage are simply that, claims. A male parent can choose to voluntarily take such a test, and courts may even compel the other parent to provide any necessary DNA samples to make it possible. It all depends on the facts of the case.

Contact FFLO for help understanding and protecting your legal rights.